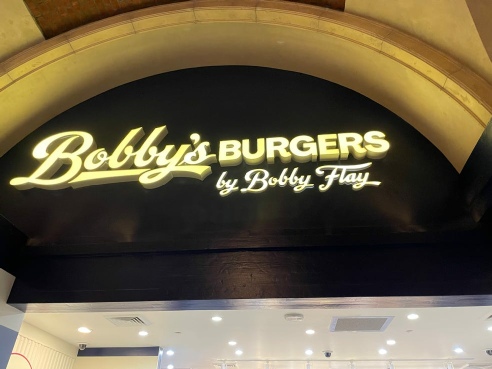 Finally got to try Bobby’s  Burgers which is a chain restaurant owned by Chef Bobby Flay (notable from the TV show “Beat Bobby Flay”).

The burger’s were a bit disappointing, we both expected better, especially since just a few doors down from this place is a restaurant called “Burger Brassiere” that has charcoal broiled burgers that are much tastier for just a few dollars more. 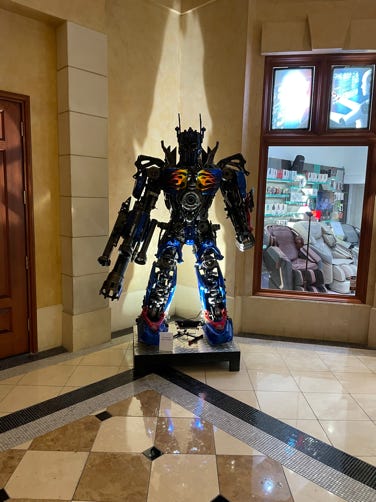 I’m not exactly sure what this thing is. Probably some sort of a movie prop or ??

One of the main reasons  for our visit to Vegas was to see the Formula One car “Preview Party”.

Las Vegas Blvd. was temporarily closed for the event and the F1 cars drove down the Boulevard at speed.

Did I mention the cars are LOUD. If the sound of the 1000 + horsepower engines winding up doesn’t wake you up then nothing will!

Seven time world champion Lewis Hamilton made a drive by and greeted the crowd.