Click here to see a video of the rotary engine model in action.

I’ve always been fascinated with rotary engines. I purchased my first rotary powered car in the mid 1970’s which was a Mazda Rx-3. It was a great car that was in many ways much more advanced than other cars of the era. The rotary engine has several advantages over the piston engine counterparts, including quiet and smooth engine operation, compact size, light weight and a very good horsepower to displacement ratio. However, there are some drawbacks to the design which include relatively poor fuel mileage and excessive exhaust emissions.

Mazda continued production of the rotary engine all the way up until 2012 when the last Rx-8 rolled off the assembly line. Poor fuel mileage and difficulty meeting ever more stringent exhaust emission standards were cited as reasons for ceasing production. Mazda is still continuing development on the engine for racing and in an effort to reduce the emissions problem. If the emissions problem can be resolved, the executives at Mazda have vowed to resume production of the rotary engine.

This is the second engine model I’ve made with my 3D printer. Although the rotary engine consists of far fewer parts than the piston engine, this model was much more complex to assemble due to the addition of animated LED’s that change colors according to the combustion cycle while the engine is rotating and the addition of an engine stand.

A rotary engine has far fewer parts than a typical piston engine. In fact, there are basically only three moving parts in a two-rotor Wankel motor which are the two rotors and the eccentric shaft. This 35% scale engine model is designed to open like a book with hinges installed on the sides of the housings so the engine operation can be easily observed while the engine is “running”. Like the Toyota model I built last year, the motor is spun by a 12 volt electric motor which drives the flywheel with a gear much like a starter motor does on most production vehicles.

Because of the lower part count and smaller parts, this engine did not require as much printing time (or material) as the Toyota engine model did. Despite this, it still took a lot of time to build the engine because of the addition of electronic components needed to create the combustion animation effect. 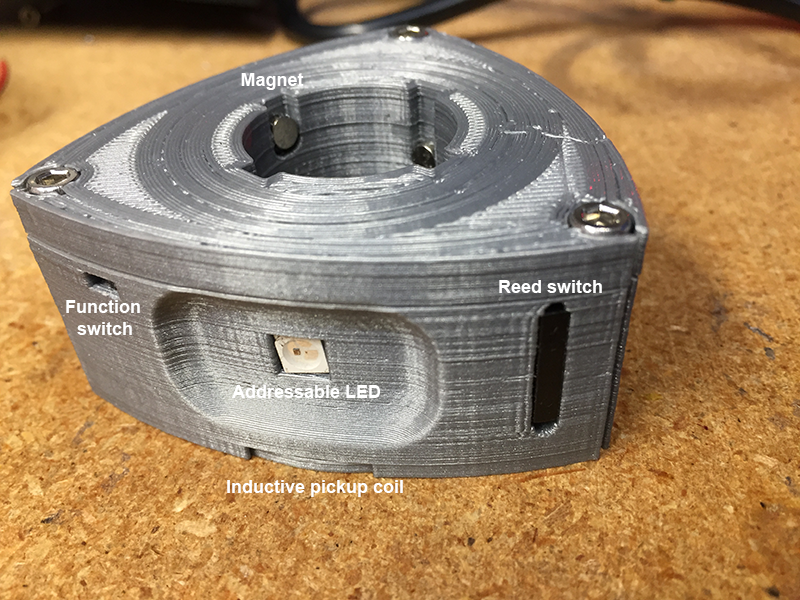 The rear (or #2) rotor of the engine is the rotor that displays the animation effect. Each face of the rotor has an addressable three color LED installed facing the outside of the rotor as shown above. The LED’s are controlled by a micro controller and circuitry inside of the hollow rotor. A magnetic reed switch on one face of the rotor sends a signal to the micro controller to trigger the LED color change at the appropriate time. Each time the reed switch passes by a stationary magnet mounted in the side housing, the signal is triggered.

The circuitry inside of the rotor consists of a very small micro controller, a sliding function switch and a rectifying diode bridge with filtering capacitors. An inductive pickup coil (not shown in photo) resides in the bottom of the rotor. (More on that later). 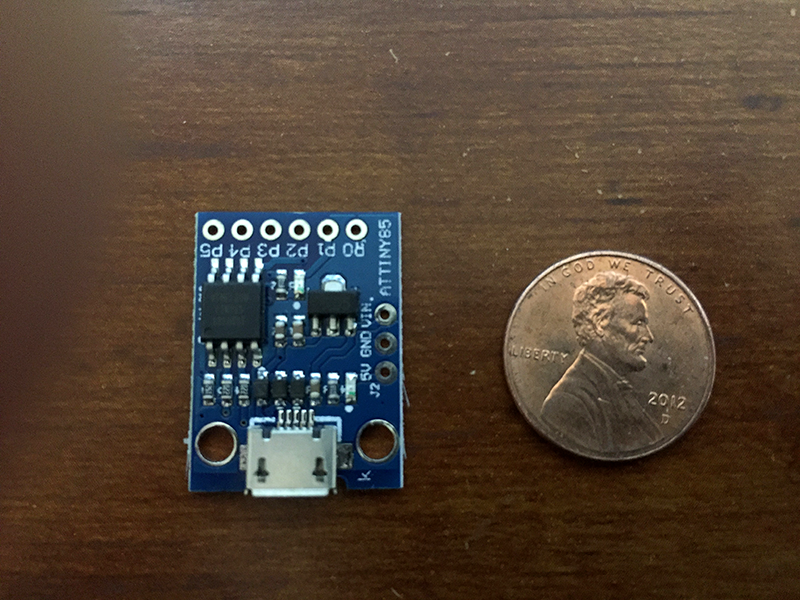 This is the Arduino-based micro controller that controls the addressable LED’s. Though quite small it has way more than enough processing power to do the job. 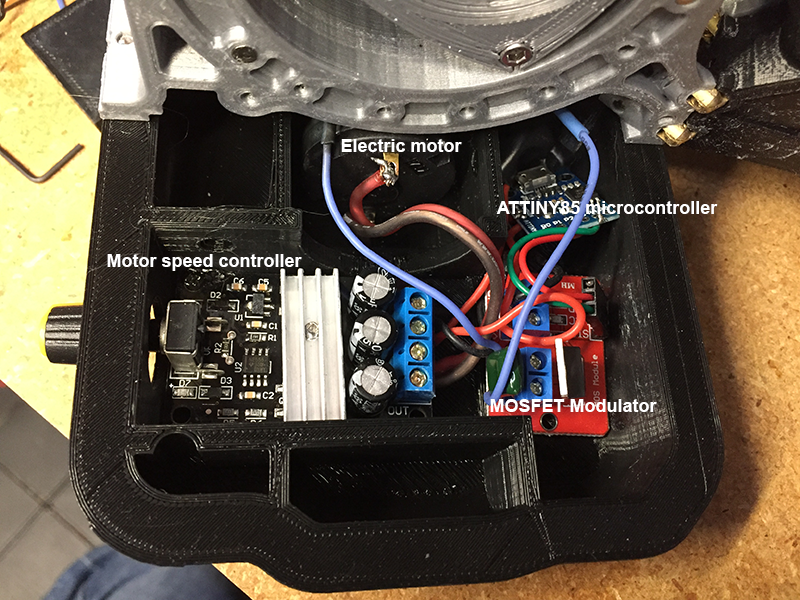 The oil pan houses more electronics. A power jack on the side of the oil pan feeds 12 volts into the circuitry. A PWM speed controller is used to adjust the speed of the electric motor that spins the model. Another ATTINY85 micro controller sends pulses to a MOSFET modulator which in turn sends voltage pulses to a “transmit” coil mounted at the back of the rear housing. The voltage pulses are picked up by the “pickup” coil mounted in the rear rotor. This creates a transformer of sorts which provides power to the circuitry in the spinning rear rotor wirelessly. This is similar to the method some of the newer smart phones use to charge the battery wirelessly. 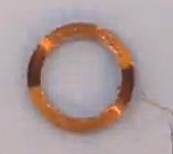 Both the transmit coil and the pickup coil are similar, consisting of about 100 turns of copper magnet wire. Winding the coils was a bit tedious but not difficult. 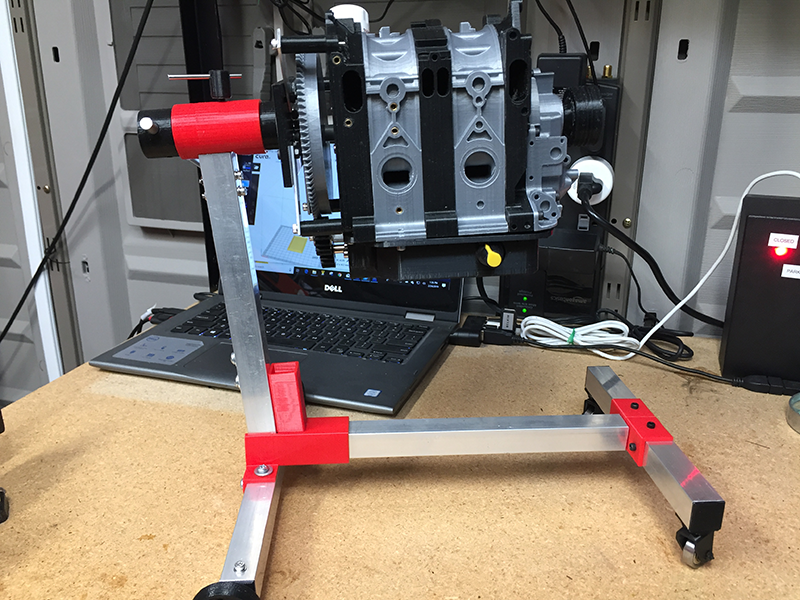 Plans included a design for an engine stand which can be adjusted to accommodate any of the designer’s models.

The engine stand is constructed from 3/4” aluminum stock for the “legs” and upright. All of the brackets are 3D printed with 100% infill for added strength. The rear wheels are printed plastic while the front casters are ball bearing sets.

The model is complete and ready to run...