What is a 3D printer?

A typical, modern 3D printer can create a three dimensional object using a molten plastic filament. The objects it can create are usually made from a shape generating computer file created by a CAD (Computer Assisted Design) program.

How does it work?

A 3D printer works much like an inkjet printer. A print head moves across the print bed while extruding a very thin layer of molten plastic. Objects are built in layers from the bottom up. As the printing process proceeds, each layer is overlayed on top of the previous layer.

Most objects created with a 3D printer aren’t solid but instead are shells of the outside of the object. The inside of the object is usually filled with an “infill”, which is a cross-sectional fill which saves filament material and time while retaining most of the structural integrity of a solid object. 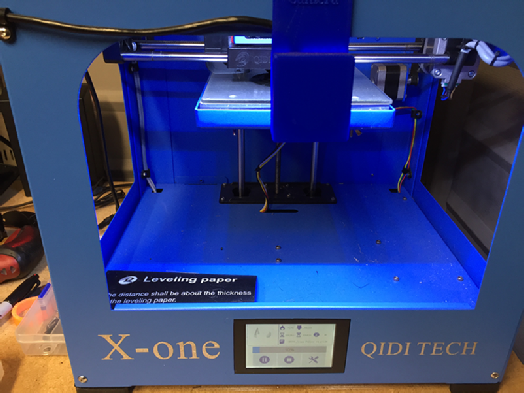 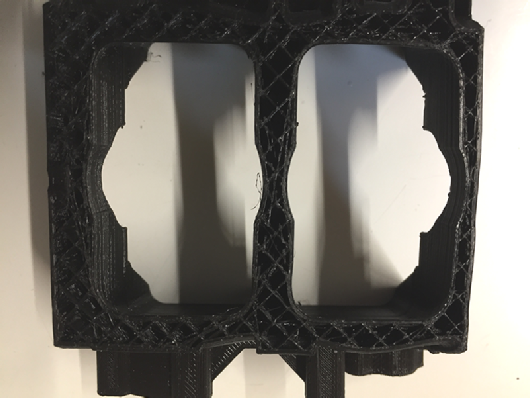 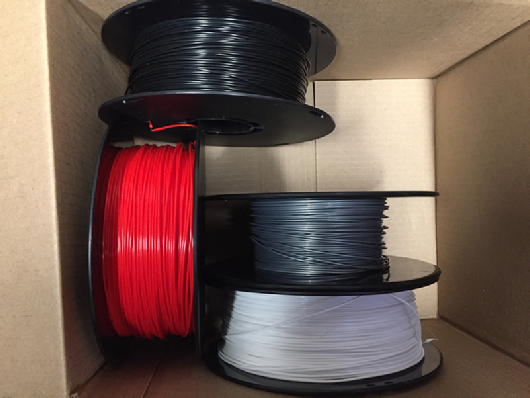 3D printer filament is available in many different colors and is supplied in spools like these.

If you have an interest in what type of things you can make with a 3D printer, a good place to start is thingiverse.com. “Thingiverse” is a repository for model files that are in the public domain and can be downloaded and used without cost. Model files are usually saved in a format with an .stl extension which stands for “Standard Triangle Language”. There are model files for just about everything you can imagine on thingiverse. If you decide you want to make one of the models with your 3D printer, simply download the .stl file and send the .stl file to the “slicer” of your choice and start printing.

A”slicer” is a computer program that converts a CAD file such as a .stl file into code that the 3D printer understands. Generally, the code is in a format called G-Code which is the same format that most modern CNC and milling machines use. The code instructs the machine on which way to move the print head and print bed along with other specific information the machine needs to create the model such as extrusion rate, speed, nozzle temperature, etc. While some of the settings in the ‘Slicer” programs can seem quite intimidating at first glance, most of them can be left at the default values and it will work fine. 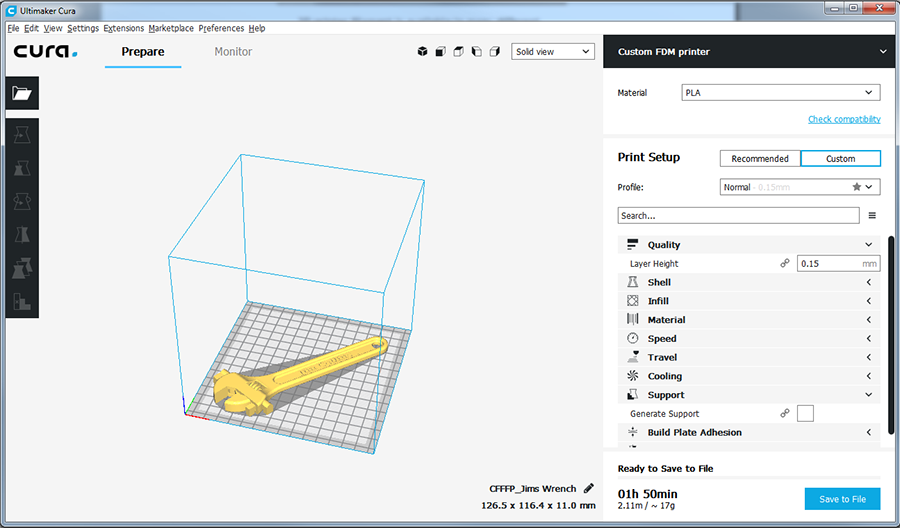 This “Slicer” program is called “Cura” and can be downloaded for free at this site.

To get a better idea of how a 3D printer works, take a look at this short video of a 3D printer in action. (Video is sped up approximately 150x.)

What is a CAD program?

Simply put, a CAD program is used to create original model designs from scratch or modify existing ones. CAD programs work similarly to other drawing programs with the added dimension of depth. While some CAD programs can be quite complex to use and have a steep learning curve, there are also simplified versions that make the experience much easier. TinkerCAD is a good example of a simplified CAD program. TinkerCAD is targeted for use by grade schools and is extremely simple to use while still having powerful tools if needed. Currently, usage of the cloud-based TinkerCAD program is free, just sign up for an account at tinkercad.com and try it out.

When 3D printers first hit the market, they were fairly crude, expensive and usually sold in kit form. Now that the technology has improved, the prices have dropped dramatically and the 3D printers have become much more mainstream.

If you’re on the fence about purchasing one, most libraries have 3D printers that you can use for free, just bring your.stl model files on a flash card and give it a try.

Below are photos of some of the models I’ve printed out with the 3D printer. 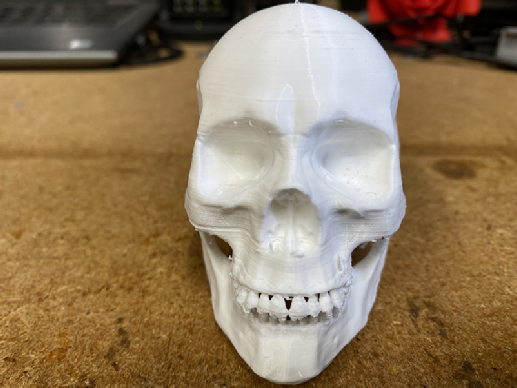 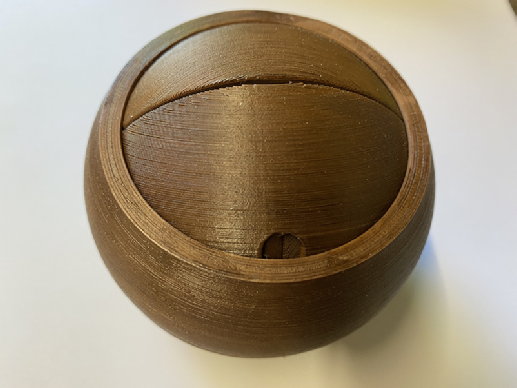 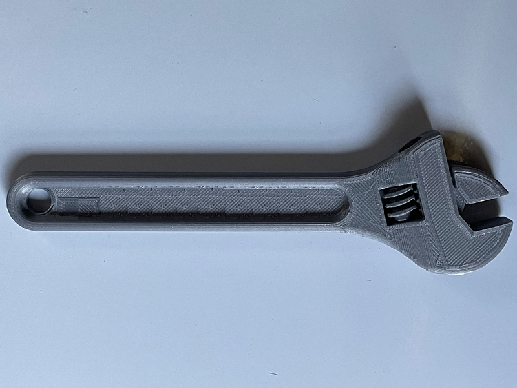 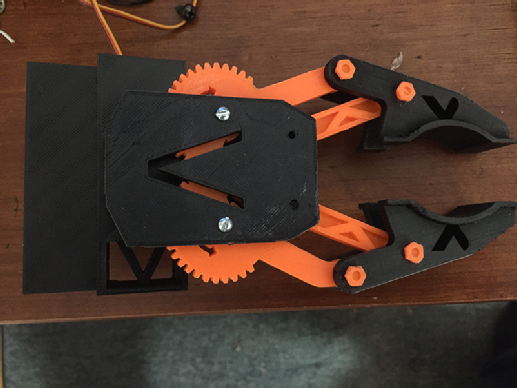 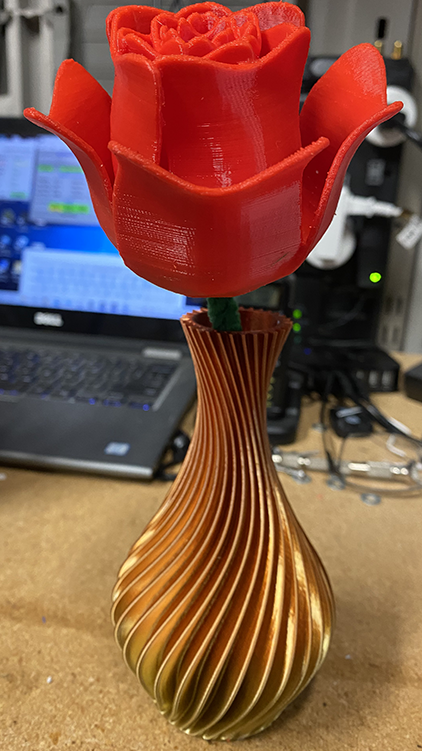 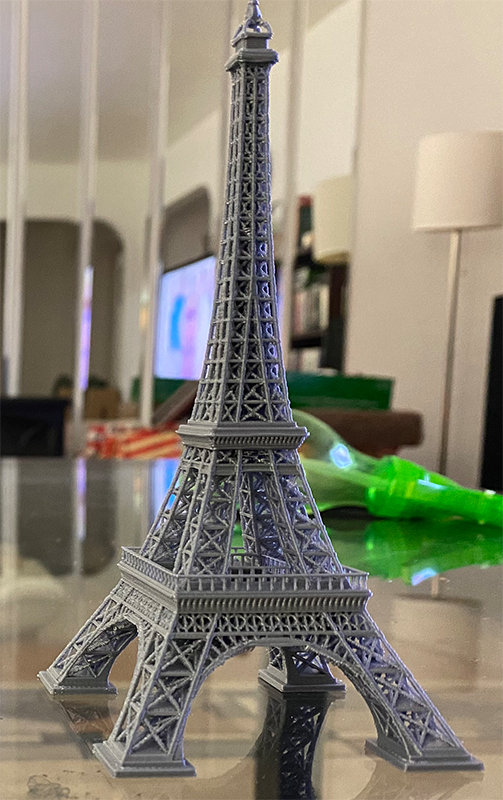 Here are some links to a few of the larger projects I’ve done: